The ultimate guide to the scoring system at the CrossFit Games

CrossFit is currently the largest fitness chain in the world. The sport focuses on functional fitness. It is designed to build muscles that help you perform well in life rather than muscles that just look good.

Every day, each member of the CrossFit community is put through a grueling Workout of the Day (WOD) that helps them to build all-around functional fitness. The community prides itself on producing some of the best athletes in the world. 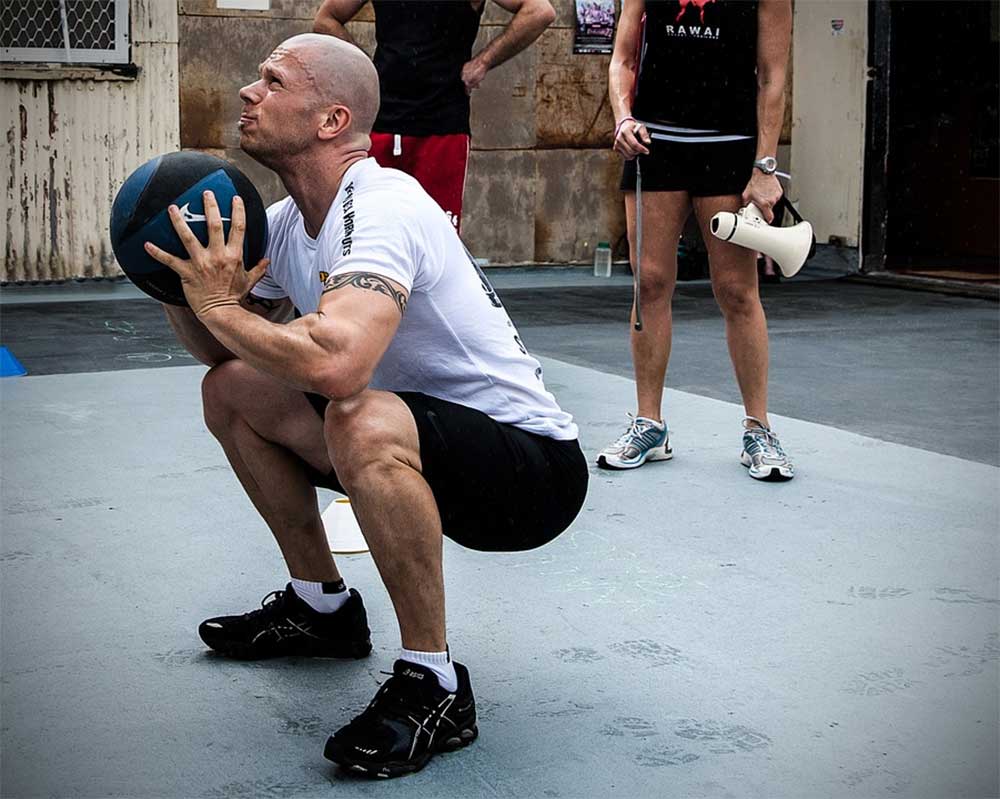 So much so that the champions of the CrossFit games are crowned Fittest Man and Woman on Earth.

This may sound like hyperbole but if you watch what the competitors have to go through you'd probably be inclined to agree with that statement.

In this article, we are going to talk about the scoring system that allows the CrossFit Games to crown their champion. We are going to look at how athletes get to the Games and some of the all-time high scorers at the games (prepare to hear the names, Matt Fraser and Tia-Clair Toomey on repeat).

CrossFit describes the CrossFit Games as 'the definitive test of fitness.

The Games are the highlight of the CrossFit competition calendar and many athletes spend all year competing to earn their place at the games (more on this in the next section).

The CrossFit Games are held once a year. They have previously been held in California but they are now held in CrossFit's arena in Madison, Wisconsin. The Games take place over 4 days and always culminate on a Sunday afternoon. They are broadcast on ESPN and live on CrossFit's website.

The first event was held in 2007 and an event has been held in every subsequent year.

The average CrossFit Games is composed of 12 events that cover multiple disciplines. The idea behind the Games is to find the most well-rounded athlete. So to be successful at the Games athletes cannon specialize.

The events will often include a timed and weighted run, a powerlifting event, and some kind of speed-based repetitions race. It is not uncommon for the one 'The Girls' to make an appearance. These are benchmark WODs designed to push athletes to the max.

In the past, we have seen CrossFit throw in swimming, BMX, and obstacle course events.

One of the key components of the games is that no one apart from the Games planning teams knows what events are coming up and when. This is done in a spirit of fairness. No athlete has a chance to practice the events in advance so their fitness is often tested in unexpected ways.

The designers often push this even further by inventing new challenges just for the Games. The athletes often find themselves attempting an event for the first time at the event.

Both the 2020 and the 2021 CrossFit Games were affected by the Corona Virus Pandemic.

The qualifications for both years were held online at CrossFit boxes across the world. And the 2020 CrossFit Games was also held online with the key athletes competing from their home boxes.

The 2021 Games will see the return of 4 times champion Tia-Cair Toomey and other well-known names in the world of CrossFit. Most notably missing is the 5 times men's champion Matt Fraser who announced his retirement from the sport earlier this year.

Fraser has dominated the men's game since 2015 (and he came 2nd in both 2014 and 2014, only losing out to Richard Froning Jr). So, this Games has the potential to be very exciting and we will see a first-time winner crowned in the men's competition.

The 2021 Games will be streaming on both CrossFit's website, ESPN, and through NOBULL.

Qualifying for the Games

Due to the Pandemic Qualifying for the CrossFit games in 2021 has been in a different process to usual.

In previous years, athletes have been able to earn their place in the final competition by winning smaller tournaments like the Dubai Open. However, with travel bans being enforced across the world these Open's have not been able to take place.

CrossFit has had to take a different approach this year.

Qualifying for the Games in 2021

This year there were three stages of qualification that narrowed hundreds of thousands of participants down to the lucky few who are competing at this year's Games.

The CrossFit open this year was a worldwide event. It was held online and broke the records for being the largest participatory sporting event on Earth.

The event was held over 3 weeks. An event was released once a week and athletes were given 4 days to record a time and submit it for judging.

This event saw athletes from over 120 countries competing for a spot in the CrossFit Games.

This was the first open where people could compete from home or from their local box. The three workouts required minimal or no equipment, unlike previous Opens. It recorded the biggest turnout ever in the sport.

The top 10% of performers at the open were invited to perform at Sanctional Quarter Finals. Like the Open, these Quarter Finals were held online in 2021.

This took the form of a series of events run over a four-day weekend in May.

They were organized by continent, meaning athletes from each part of the world had an equal chance of making it to the Semi Finals this year.

The top performers (ranked worldwide, rather than by continent) were invited to participate in one of ten Regional Semi Finals held across the globe.

The above numbers were based on the number of athletes from each continent that competed in the 2020 Open. So, the number in the 2022 Semi Finals may look different.

The athletes who narrowly missed out on winning their Region's Semi Finals were invited to take part in a Last Chance Qualifying event - one of which was held on each continent. The winners and 2nd place runners up of these events will also be competing at the 2021 CrossFit Games.

Scoring at the Games 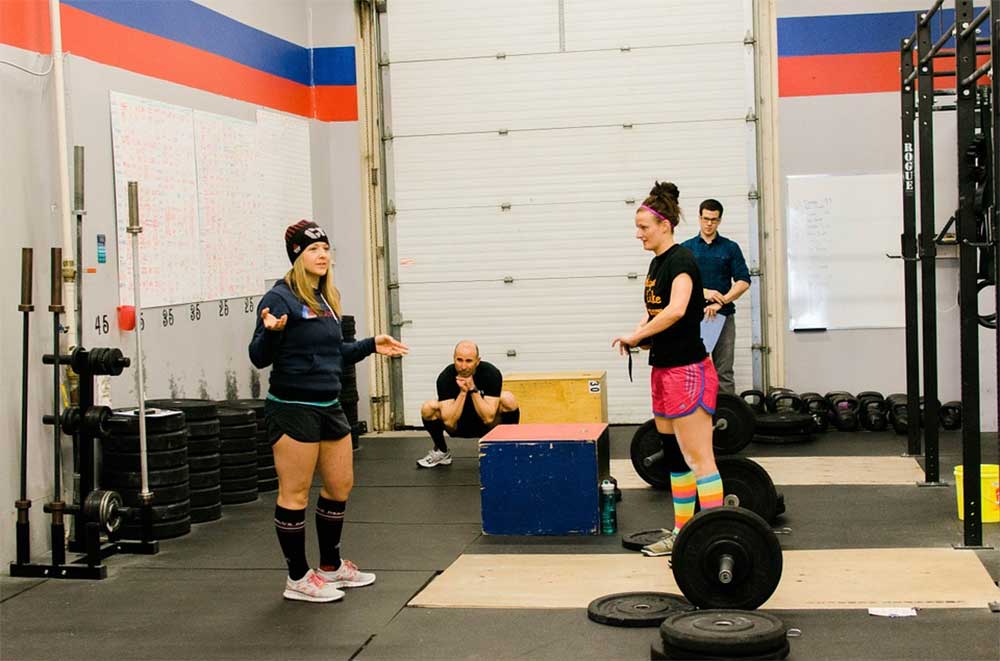 Now, let's talk about how the 2021 CrossFit Games will be scored.

See this table for a full breakdown of how points are awarded during the Crossfit Games. The points system does not decrease equally, this makes calculating performances a little tricky without the table to refer to.

However, the scoring system means that athletes have to perform well in every event to be in with a chance of winning. Because of this system athletes who specialize quickly fall behind. Allowing the judges to crown the most well-rounded athlete Fittest Man or Woman on Earth.

The winner of the CrossFit Games is the athlete who ends the weekend with the top score.

As the weekend goes on the number of athletes competing is whittled down, until there are only 5 athletes left competing in the final event. The same process happens in the men's events, women's events, and team's events.

In the next section, we will talk about some of the highest Games scores of all time.

As the weekend goes on and fewer people compete in each event the points system changes.

First place remains at 100, but the lower positions start to become worth fewer points. Some years the final events have started with all competitors having very similar scores. However, in other years people have won enough points to become champions before the final event.

If athletes are able to dominate in multiple disciplines then it is very easy for them to build up an uncatchable lead. Both Fraser and Toomey have done this multiple times over the last few years.

The athlete with the most points after all the events will be crowned champions of the CrossFit Games. In every event, a win is worth 100 points.

The Table (1st event with 40 competitors)

*As the number of competitors drops, the scoring system changes a little, and the points gap between positions begins to increase.

Top Scores of all Time

We wanted to end this article with a tribute to some of the amazing scores that we have seen over the last 11 years of the CrossFit Games.

The first CrossFit Games were held in 2007. That year the event held three events and James Fitzgerald, Jolie Gentry, and CrossFit Santa Cruz (team) were crowned the winners.

In 2012 both Richard Foning Jr and Annie Thorisdottir became the first athletes to win double titles. Froning went on to win a total of 4 Fittest Man on Earth titles before retiring.

Toomey, who is also a Gold Medal winning weightlifter (because being the Fittest Woman on Earth isn't enough for some people), has 4 CrossFit Games wins under her belt. Toomey is looking for a 5th win at this year's Games. She is also training to enter the next Winter Olympics.

Fraser and Toomey were both the first and are the only athletes in their categories to score over +1000 at a single Games. The pair's dominance in nearly every category uncovered a few flaws in the Games' scoring system.

The key flaw is that if an athlete is dominant in nearly every discipline it is possible for them to win the whole Games before the final few events have even been played.

Fraser himself scored 1150 points (out of a possible 1200) last year. With his closest competitor Samuel Kwant only scoring 605. Frasers 1150 points at the last CrossFit Games may be the best ever score that we see recorded at a CrossFit Games.

Richard Foning Jr's highest score at the CrossFit Games was 962. However, the scoring system was slightly more generous back in 2013.

With the 2021 Games (on the men's side at least) predicted to be one of the closest games in years, we may see competitors ending the competition with scores a lot lower than previous years.

CrossFit has not indicated that they are planning to change their scoring system in the future. However, if athletes like Toomey continue to dominate a change may be needed to add some more competition to the CrossFit Games each year.